Oh memories, we love them, especially when they are recorded because a few hours from now life happens and our minds become immersed in the next big thing! Speaking of which, a couple of months have passed since our exciting Nerdgasm show at Indy Fringe Festival 2016. Before things start getting Strange, let’s look back on some of our favorite cast memories…. 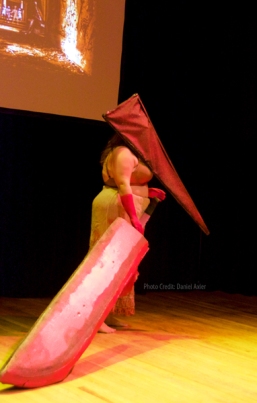 Cora Noire: “The increasing violence in Jem. Sadie Seirēn rode me like a pony one night.”
Sadie: “Cora, you liked it”

Cora Noire: “Also, weirdest game of tetris, trying to fit our props in that tiny box.” 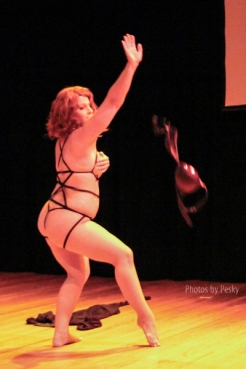 Karma D’Light: “Christina Arabesqua stood for four hours naked as others helped her create her costume.”
Christina Arabesqua: “And Belle Breeze told this story at every show”
Selina Prince:  “I told the pizza guy he just missed the naked chick!”

Belle Breeze: “The flood began immediately after I mentioned how nice it was to work in a theatre without a leaking roof.”
Cora Noire: “So, you’re saying it’s your fault?”
Belle Breeze: “I’m saying that my powers are apparently greater than even I know.”

Max Maneater: “I forgot my wig, but thank god Sadie Seirēn had a random one laying around that she just happened to bring with her.” 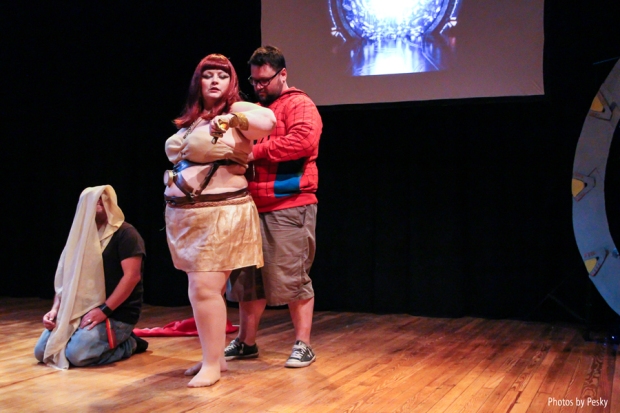 Cora Noire: “This was like, the show of wigs. The last night I wore three different wigs. And I did not recognize Max Maneater in her wig and super fashionable clothing.” 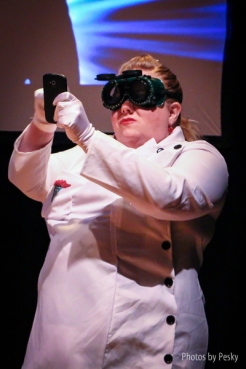 Kristy Kryptonite: “Dawn A’Tella making her stage debut and being on a high for a week after. She also was designated in charge of pinching Frankie Spanxx’s butt before each show from now on.”

Frankie Spanxx: “Me asking Cora and Dawn A’Tella and Selina and Sadie and Katie….. Everyone to play with my butt. #garterbelts”

Ivory FleurTini: “That one guy with the glasses from Louisville from that one night who was so into every single routine and had the best reactions.”

Tit Vicious: “Jay & Silent Bob, just the whole thing! Though the end where they gave Graham Watson the pants donuts and he ate them was fantastic.”

Napoleon Brokenhearts: “Katie texted me at work and asked if I could kitten for the show one night and I just “happened” to have rainbow underwear and a unicorn shirt with me for such an emergency situation. Doesn’t everyone carry around cute underwear? ❤️” 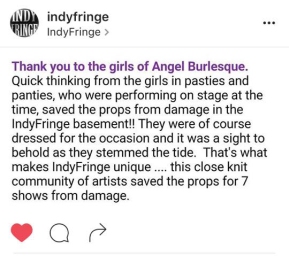 Napoleon Brokenhearts: “Also mopped in my underwear and knee high boots for two hours and I may have unknowingly made the guy I was mopping with slightly uncomfortable… But I didn’t really think much about it. I mean, there was work to do (and I usually clean naked anyway) 😝”

Cora Noire: “I feel like this could be a lucrative business.”

So many memories, so little time. Did you see us at Fringe 2016? What were your favorite moments?

What’s happening next with Angel Burlesque? Check out our website!

Angel Burlesque is everywhere on the internets! Click your favorite and check us out!

This site uses Akismet to reduce spam. Learn how your comment data is processed.